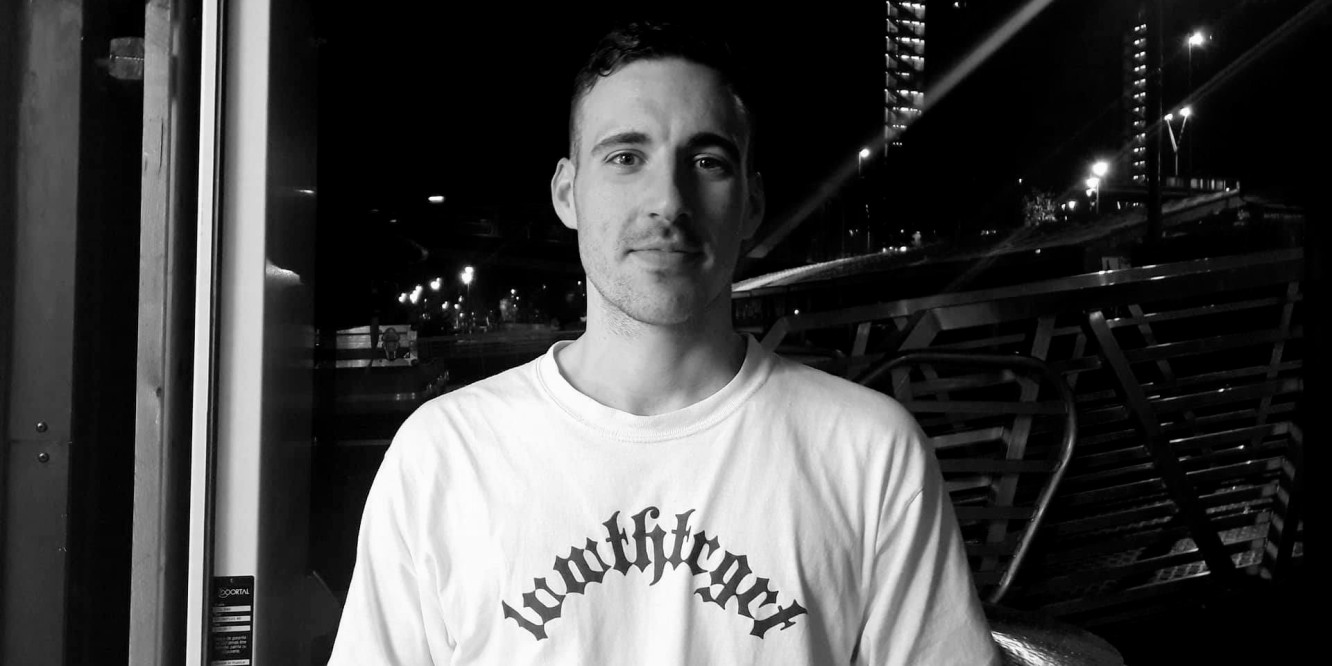 Blood Youth were in Paris last month to play on stage with Neck Deep, As It Is and Real Friends. Meet Kaya Tarsus.

Our sound is aggressive but it’s quite melodic as well. It’s something therapeutic. It’s not about being sad but more like being over something.

With our two EPs we were looking for our sound. The first one was quite heavy and the second was more melodic as the first song on it is an acoustic song.
We wanted to see how heavy and melodic we can go and find a middle for the album.
It’s things we like from both EPs. That’s why we planned to do two EPs before the album, just to see what people like and we like to play live.

Everybody seems to understand what we’re doing with the album. That’s so much heavier on live than on the album because we’re really aggressive and excited.
I think when you listen to our record it’s more melodic but on stage we go crazy.

Acoustic sessions in the UK

We’ve never done something like that before and never planned to do it but we never say never. So we tried and it was okay. People enjoyed it. It was a free show because we didn’t know if people would love it or not. I think some people really enjoyed it but us, we do prefer playing our song normally.

These shows taught us to be patient. When I was a kid I was frustrated. When I was 16 or 17, I was obsessed with being in a band. I wanted to be a rock star. I just wanted to be in a band and I was quite upset because nothing happened. I was so happy when I was at the Download festival because I was finally there.

Neck Deep are like our best friends. They have blood youth tattoos on them.
Chris, our guitarist used to live with the drummer Danny. They were at university together and they have each other names tattoos. For this tour, they just called us and we were like « Okay, let’s go! ».