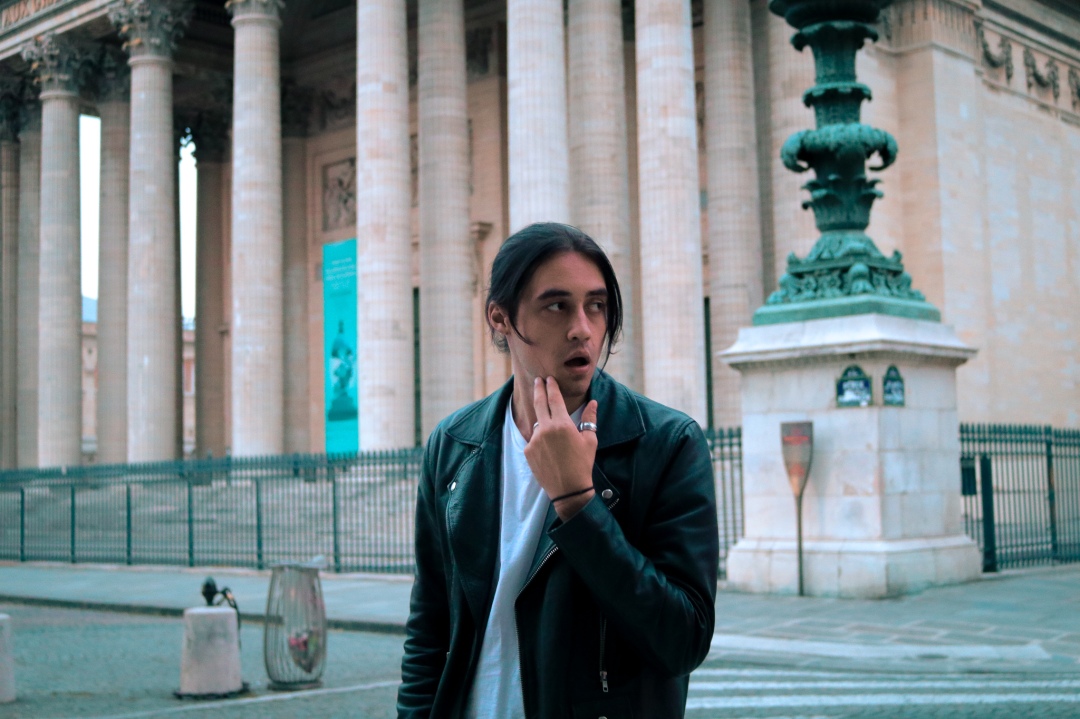 Interview – The Faim, Josh Raven: « I feel like there’s an obligation and responsibility to try to be a positive role model… »

Just a few days before their first album State Of Mind was released, Josh Raven and his mates were in Paris to share their feelings and excitement about this new ambitious project. Before seeing them on stage next November, meet The Faim and their poetic world through our interview. 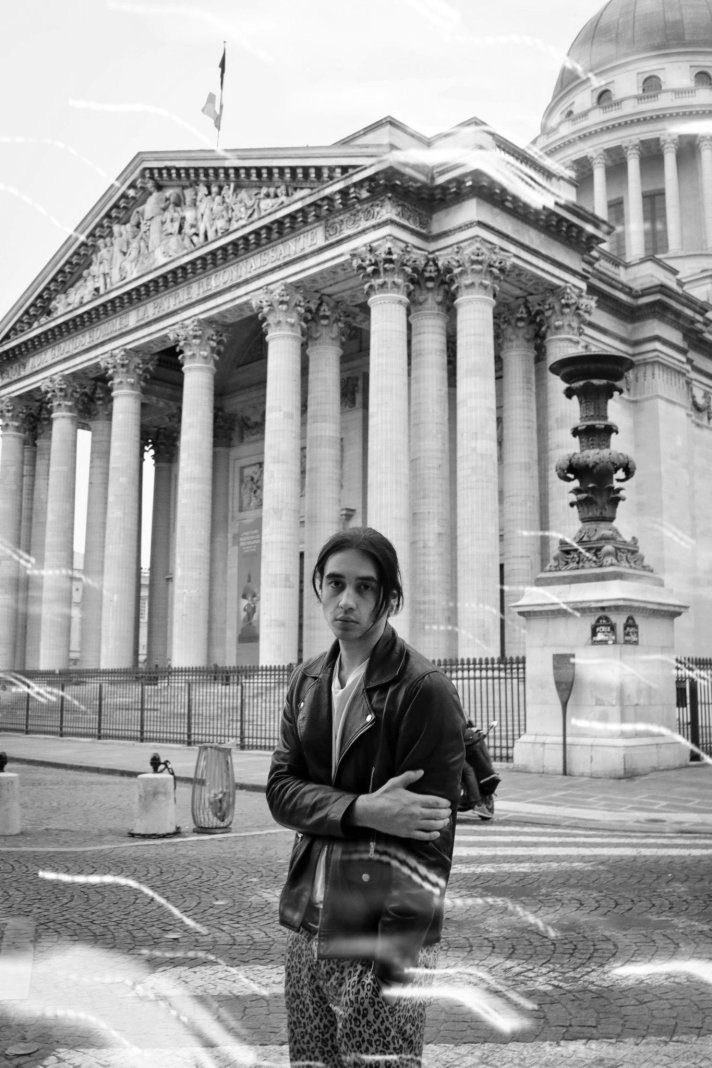 Hi Josh, your first album comes out in a few days, we can’t wait! Tell us, what’s your state of mind right now?

A little bit in limbo. It’s actually a limbo between being manic, excited and also a little bit exhausted. That’s all.

Let’s talk about this new baby. How did you work on this album?

It was spread out a little bit all over the world. We took inspirations or ideas in Germany or lovely Paris but in majority, it has been done in the US. This album has been in the making for something like 3 years. Five of the songs have been written these last 3 or 4 months. It was a pretty intense experience the way we worked on this album. We were really focused on the lyrics and the melody, the two most important things. Of course, we worked on the instrumentation but my forte is lyrics and melody.

So tour life had a huge influence on « State Of Mind »…

Yes. Definitely. 100%. I feel like the album is a kind of reflection of reactions and intricacies of life. You fight with obstacles whatever is in yourself or in front of you and I feel like the way you react to a sort of thing really defines you. And the reason  we called it State Of Mind is essentially because, each song kinda represents its own identity, its sort of mindset. I feel like I also wanna write songs adapting to this stream of consciousness; Normally as extravert as I am, and as much as I love meeting people and speaking with them, when it’s about myself I’m not used to being very vulnerable with people, I don’t share much of my person. When it comes to writing, I become very intimate and very emotional very quickly.

Did the selection of the songs on the album come naturally or did you pay attention to the reaction of the public? Because you have already played a few songs during concerts that are not necessarily on the album…

I try not to let reactions of people decide if we have to release a song or not because to me, music is something really personal. Writing songs is a passion. It’s a hobby, a lifestyle. It’s not based on public opinions… Don’t get me wrong. I hope people enjoy it and I’d love people to be connected to our music but at the same time, music is much more for me than it’s for anyone else listening to our songs. It’s a little bit both. I definitely want to hear what people think but at the same time, I also don’t because if I release a song, there’s a specific reason for that.

You worked with many great famous artists. What’s the best advice you have been given?

I had a lot of good advice from people not necessarily famous but, one I’ve got in mind right now is a piece of advice from Pete Wentz (Fall Out Boy) who said: « In the music industry today, there’s no room for mediocrity. » It really resonated because at that time, it was my very first time out of Australia, first time in LA, writing songs in a very different environment, there was a really different kind of pressure… It really assured me I was doing the right thing in the sense that, you have to work hard but you also have to find the unique part of yourself that truly represents who you are because people know when you’re not honest with your music. I feel like, this was kinda stuck in me during years and pushed me to be the part of myself.

That’s insane, your album wasn’t even out yet and Summer Is A Curse is already everywhere on the french radio and on tv… Do you think, that’s exactly because you’re not afraid of being yourself that you became kinda successful really quickly?

I think there’re a lot of artists stuck in a box. So this is one of the main reasons why we’ve got that much attention. We work with so many talented people. They helped and incredible opportunities presented themselves too but, I think the way we behave in life, is the way we put ourselves out for our music. I feel like there’s an obligation and responsibility to try to be a positive role model in the sense of, whether you want it or not, people are gonna look up to you and be inspired by you. So if you behave yourself in the most honest way possible, people really resonate with it strongly. Again, we have a lot of incredible love from France and Germany and other places we’ve never really traveled to often before. It’s an incredibly humbling feeling because you’re playing songs in these rooms, you don’t pretend to act… It’s just nice to know that there’s a power, a sort of passion. I just want people to feel the same way. Hopefully it comes through this album, it comes through over the genesis of this band.

Hmm, State Of Mind. Don’t misunderstand me. I love all the songs on this album and I’m incredibly attached to them but, State Of Mind is a song I and the rest of the guys can really be proud of, because it’s guitar, it’s piano and bass, there’s the drums; The melody is just powerful. When we wrote this song, we were the four of us in a room. The first thing I said to the guys was « Okay let’s get naked. Take your clothes off« . It was a little bit weird. Me and Stephen did. We got off our clothes really quick. (laugh). It was more to shake out our mindset, shake out the routine.  I feel like, sometimes, even unconsciously, you put yourself in a box, especially when you have to be creative. You wanna find the next thing, kinda explore the spectrum of sound. And, Stephen played a chord he never played and it’s actually the first chord of the song, so it’s not only because it’s a powerful song but, also because the way we created that one was a really powerful memory for us too. It was really a special experience. Also lyrically, it allowed me to open myself up to show people that’s okay to be vulnerable. I’m proud of the way I said things in that song, I feel like people can gain their own perspective.

You have a new music video for Humans. Is it the first video of a kind of longer movie? Do we have to understand that the next videos are gonna continue this story…

It’s definitely possible. It is the way we want it to be perceived, a little bit like a short film. I also feel like this song could be the middle of a movie because there’s no real beginning or ending. You’re just thrown in this situation. With that video we were not taking many risks. There’s not only one perspective. We have always been happy with our videos but I really wanted to take steps to being more unique and creative visually. The visual perspective is so important today. I also like to act a little bit as well.

You’re coming back soon on tour with Hot Milk Teeth and Normandie. Do you listen to these bands? Did you choose the artists you’re touring with?

We’ve known Hot Milk for a couple of years now. They have done a lot for us on our first tour. We kept a good relationship over the years. And Normandie really have great songs too. I admit I hadn’t heard of them too much but when I started listening to their songs, I felt that they perfectly fit. 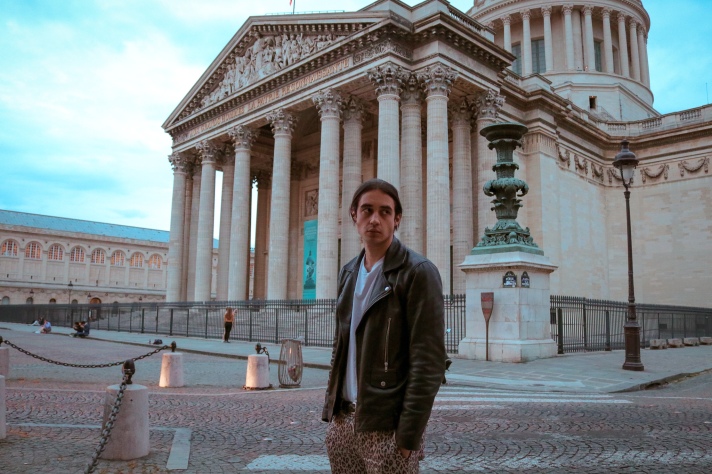 And what kind of music are you listening to when you’re on the road?

I think one of the biggest band I’m listening to is Nothing But Thieves. I also really like Slipknot, with that new album I find very very good. And a guilty pleasure: I do like listening to Justin Timberlake.

Whether or not Nothing But Thieves or Justin Timberlake are in your playlist, don’t forget to add State Of Mind because the album is out now and avaible on all your streaming platforms.