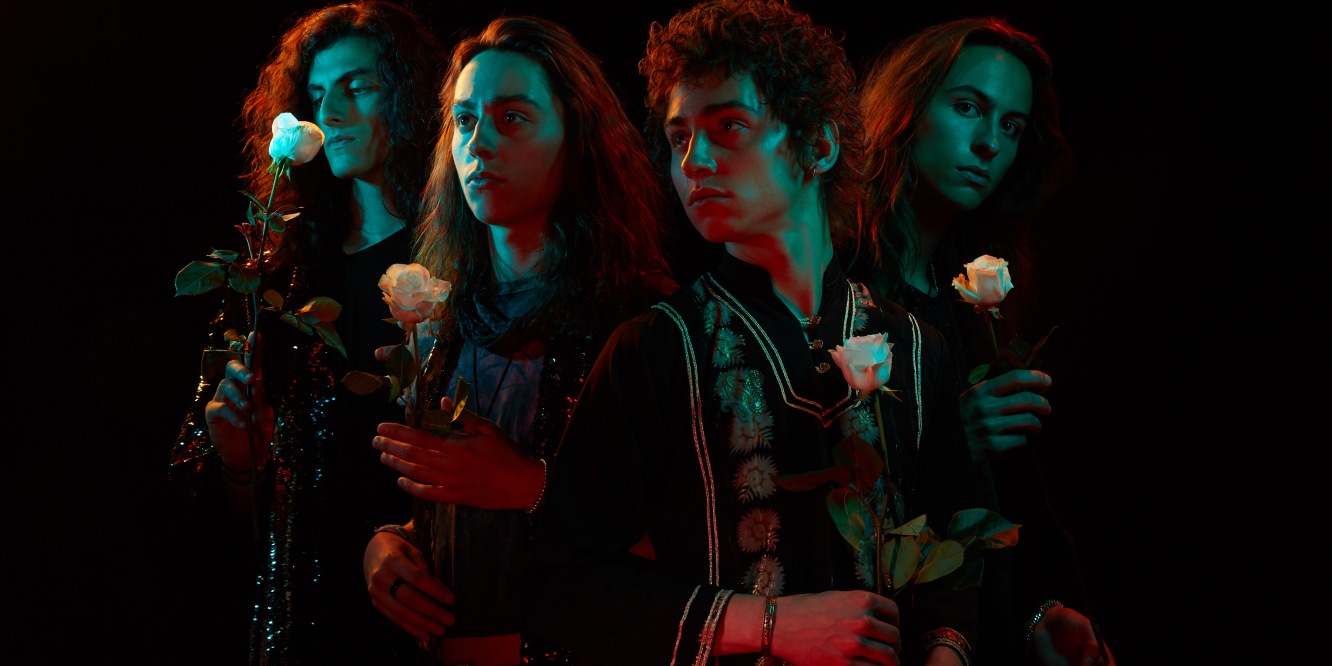 What if we lent Greta Van Fleet the ear they deserve ? Meet Josh, Jake, Sam and Danny, their true influences and philosophy. 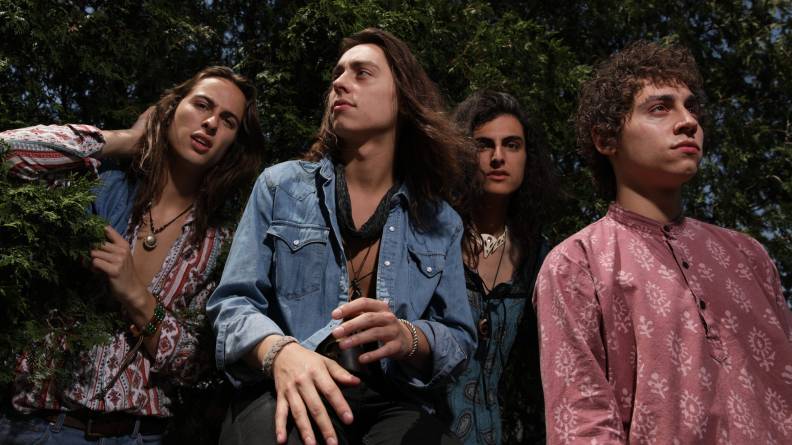 In 2012, the Kiszka brothers, Josh (vocals), Jake (guitar) and Sam (bass and keyboard) decided to create Greta Van Fleet. Danny Wagner definitely made the sun shine brighter joining the band in 2013. Now, they were ready to kiss the sun.

Feet on the grass, head in the stars, these 4 young men who love old music (Rock’N’Roll, Blues, Jazz, Soul, Folk even Country) are not typical. With the same roots than our favorite Classic Rock bands, Greta Van Fleet brings back the sweet nostalgia of the seventies and its powerful stage energy; When the music was loud and poetic, made for shows, experimental and limitless.
“If it must have a tag, I’d like it to be called “Free Feeling.” It’s a mixture of rock, freak-out, blues and rave music.” This description of Jimi Hendrix about his own sound could perfectly define Greta Van Fleet too; A Rock inspired by the roots, here to elevate us, almost spiritual, like the sunshine on our shoulders here to make us happy and free.

Our Highway Chiles are driving fast on this Rock’n’Roll road and don’t even dare to think that you can stop them.

When the curtain falls…

So now, how can we define Greta Van Fleet just by identifying them as the new Led Zeppelin? It’s hard not to focus on that point when there’s a singer with this kind of voice really appreciated in the 70s (Led Zep, Rush, Guns’N’Roses, AC/DC…), a dominant rhythm section, the kind they don’t make anymore, and really impressive guitar solos of 6 minutes? (If you think 6 minutes is forever, watch this amazing 26-minute version of Lover, Leaver (Taker, Believer)). But if this comparison isn’t a bad thing, it’s restrictive and not accurate and we’re telling you why. Get over it kid!

When you really pay attention to the music you can mostly hear The Who, The Jimi Hendrix Experience or Cream. Have you ever listened to Crossroad and its guitar/ bass duet? The alchemy sounds almost familiar there. With Greta Van Fleet, the bass is definitely Blues and Soul. It made us think of Jack Bruce (Cream) and even of Randy Meisner (Eagles) sometimes. Like Stu Cook (Creedance Clearwater Rivival) and John Paul Jones (Led Zeppelin), Sam Kiszka can also be the king of clav. Bassists really have this thing with keyboards. Listen to Flower Power, it will elevate you.

The bass and drums work perfectly together. More Jazzy, the strong drums remind us of Mitch Mitchell (The Jimi Hendrix Experience) and of Ginger Baker (Cream).

Concerning the guitar, once again the black music vibe is strong. There’re these really melodic and sensual guitar riffs sounding like some Clapton, Townshend or even Hendrix. But like his bandmates, Jake’s instrument is truly alive onstage. While his guitar gently weeps, we’re like amazed kid.

The guys are growing up really quickly and we’re watching them bloom but every plant isn’t the same. Josh Kiszka‘s vocal technique may be quite similar to Robert Plant, which is pretty smart for this kind of voice, but the emotion in it, almost brutal, heartbreaking, reminds us even more of Janis Joplin and John Fogerty (Creedence Clearwater Revival). You can hear it with their covers like A Change Is Gonna Come and Black Flag Exposition but also with their own songs Watching Over and Lover, Leaver (Taker, Believer). Mr. Tambourine Man and his mates sell us something strong there. A show of Greta Van Fleet is a real experience. It’s not only a travel back to the sixties or seventies, it’s a spiritual trip. Add to this, the really poetic writing of Folk and Country.

A peaceful army with a honorable fight: save Rock’n’Roll

Greta Van Fleet is a true mix of what Rock’n’Roll was at its best; The really ambitious and bold Rock born from the Blues; The one made for gigs, not afraid of experimenting; This sound coming from the stomach to speak to our soul, almost brutal but always fun; A sound from another time when rhythm section was still a thing, when the drummer and bassist weren’t hidden in the dark; When every instrument was under the spotlight but never regardless the alchemy; When Rock’n’Roll wasn’t only a sound, but a lifestyle…

We’re living in a world ruled by new music styles; Social Media and radio are the new King and Queen of the industry; Music videos are often more important than albums. Performances become sterile… If there’re still great evolutions in music, Rock’n’Roll lovers could regret the good old time sometimes. It doesn’t mean every band has to go back to this kind of sound but when it’s well done like this, well we can only be thankful and appreciative. So many bands are actually doing the same kind of music nowadays, it’s hard to identify them anymore. These kids are kinda refreshing.

So is Rock’n’Roll dead? Of course it’s not. Greta Van Fleet reminds us that if we stay curious enough we can still discover amazing bands like The Struts, Rival Sons, Ghost or Fleet Foxes.

The boys may be young but they already chose their battle: make rock’n’roll alive again… And what a beautiful battle!

They are only between 20 and 22 years old. They wrote their already iconic Highway Tune 7 years ago, have 2 EPs and one album but in just 2 years the band has already accomplished so much : main stages in iconic festivals (Lollapalooza, Rock Werchter…), Elton John‘s special guests for his Gala, a European tour sold out months in advance… Even Tom Hanks is a true fanboy. Josh, Jake, Sam and Dan learned from the best and are ready to shine.

Sam and Jake Kiszka announced it during an interview last month: a second album is on its way. A little different, this album must be the next stage of their sound evolution, the one that’s gonna help them to climb the mountain even higher.

This new record must be released (hopefully) next year but if you already miss these dudes, don’t panic. You could see them on stage really soon. The guys are currently touring in Australia. Then, they’ll fly back to America for a few gigs and Europe, it will finally be your turn!

We were at Rock Werchter this summer and we brought back pictures for you.